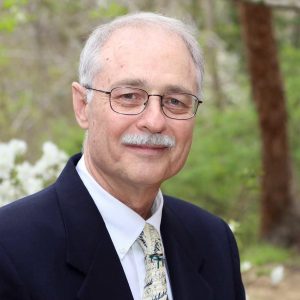 VETERANS ARE so accustomed to waiting years for the U.S. Department of Veterans Affairs to decide disability claims that they all nod knowingly at the morbid refrain: “Delay, deny and hope I die.” And many of them do die before their claims can be completed.

It currently takes 5-to-7 years to obtain a final decision from the Board of Veterans’ Appeals after an initial agency decision is appealed. Unacceptable?

How about 100 years? Even though, as an attorney at the William and Mary Law clinic that helps veterans pursue their claims, I am used to delays, I was startled when a lawyer for the Secretary of Veterans Affairs told a federal judge that a 100-year delay could be reasonable. The assertion came in the March 27 oral argument in Monk v. Wilkie, a high profile case before the U.S. Court of Appeals for Veterans Claims.

The judge probed: “You just told me … that if VA waited 100 years to decide a claim that might be reasonable. I really want you to be very careful if that’s going to be your position.”

The VA lawyer stood by his answer.

No, unfortunately. He is defending a theoretical possibility for a reason, and it explains much about what is wrong with the VA benefits system.

The attorney refused to budge because the system could conceivably delay decision that long. He gave an example: If a day before a decision a veteran sought a higher disability rating because his condition had worsened, the VA would be obliged to consider that issue and probably provide a medical examination. Under current conditions, just getting that medical examination would likely take a year.

The agency is performing about 2.5 million examinations per year in connection with claims. The exams are arranged through the VA health care system, which is already overburdened. The mission of the VA in practically all respects is simply far too big for the resources it has, despite being the second largest cabinet level agency after the Department of Defense.

Based on our experience as veteran advocates, the quality of the examinations and medical opinions is highly varied, all too often inadequate for proper assessment of the claim and an invitation to further challenge, which in turn delays claims.

The benefits mission is so big partly for historical reasons. As a corruption-prone system of cash disability payments was reformed and modified after the Civil War and through the Great Depression, veterans were faced with proving medical and legal claims for disability without legal help. In response, Congress and the VA constructed a system in which the agency has the duty to assist in gathering records and obtaining medical evidence.

The system was intended to be navigable without legal help. It is anything but.

Like any government agency, the VA has its share of bureaucratic nonsense. But the VA has unique problems. For example, in 1988 Congress made VA claims decisions subject to judicial review. This improved the quality of decisions but unquestionably slowed the process. It takes time when lawyers properly raise awkward questions, such as whether due process was followed. But when the appeals court invalidates a decision of the Board of Veterans’ Appeals, the board corrects only the narrow issue found in error. This too often results in re-appeals, sometimes several, in what one judge termed the “hamster-wheel” of veterans’ claims.

So is the VA lawyer’s position outrageous? Absolutely. No sane, just system could straight-facedly contend that 100 years would be reasonable for resolving an appeal.

The real outrage, though, is not the VA lawyer’s position but the circumstances that make it sensible for him to maintain it.

The current system could be improved somewhat. The courts could resolve all issues raised rather than just enough of an issue to warrant re-adjudication. And VA has already taken some steps to limit the infinite reiteration of claims. But to reduce delays substantially, the whole disability system would have to be scrapped in favor of a simpler cash payment based on length of service.

David E. Boelzner is clinical assistant professor of law and co-director of the Lewis B. Puller Jr. Veterans Benefits Clinic at William & Mary Law School, in which law students assist military veterans and their families in pursuing disability benefits.